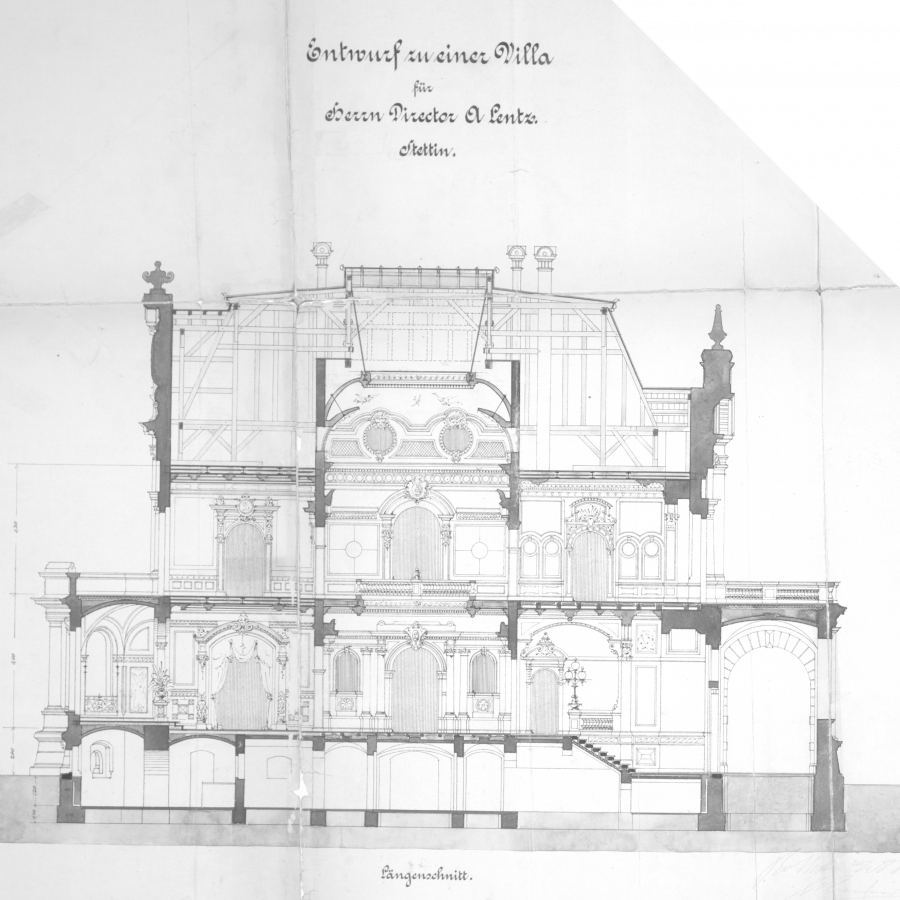 August Lentz's villa brings together the complex history of the city and its inhabitants – people who established Szczecin's economic and cultural potential from the period of the second half of the 19th century to the present day. From a factory mansion – a testimony to Szczecin's burghers' wealth and ambition during the industrial revolution – to a place of creative work and youthful activity and development for several generations of Szczeciners, who hold fond memories of the activities of the Youth Palace.

The first part of the exhibition tells the story of the building and its inhabitants, revealing the economic, social and cultural foundations of its construction and operation over time. The second part presents the spectacular effects of the restoration work carried out in the villa in 2018-2019. A look at the "conservator's kitchen" allows you to appreciate the craftsmanship of the conservators involved in the work, presents the richness of the artistic techniques used, and shares exciting discoveries. There is a reason for the exhibition to be housed in the former vault of the villa, built into the massive walls of the cellars. The artifacts and works of art gathered here meant the same to the former inhabitants, as the historic August Lentz Villa itself means for Szczecin dwellers nowadays.