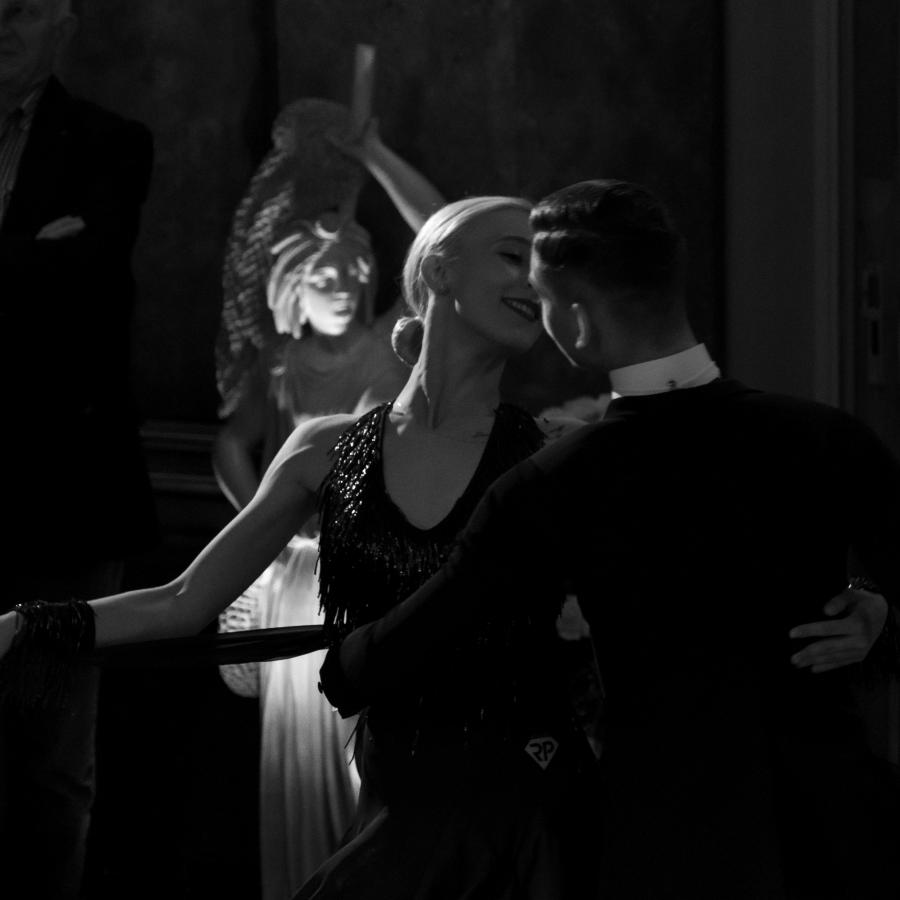 High teas, dance clubs, discos and finally balls – the dictionary of synonyms gives different words for almost the same thing: the possibility of "stomping your feet"; almost because each of these terms has extra weight.
High teas are invariably associated with pre-war dances in elegant venues, even in expensive hotels. But, of course, such events started at 5 pm. In post-war Poland, the tradition of these dancing parties was successfully continued, although not always around 5 pm and not necessarily in such exclusive places. From family stories, I know about the trendy Krakow teas in the 1950s, where the musicians, who played music to dance swinging, were about to become jazz upper crust on the Polish music scene. These swing teas are what I envy the generation of young people of the 1950s and 1960s, even though – which I admit with a bit of shame – I do relatively poorly on the dance floor.

The term – dance club or dance bar, because both forms are used interchangeably) has a different specific weight in our country because it is associated with the rough times of the Polish People's Republic. I have never been to such a dance, so this word appears before my eyes only in scenes from the movie Top Dog or the series Alternatywy 4 and 07 Come In. Perhaps, introductory evenings at holiday stays can also qualify as such events. I didn't participate in any of these, but my parents did. It happened, therefore, that I would "break out" quietly with other kids from the bed in the house in Mrzeżyno (all of them in pyjamas, of course, and some also barefoot, which was bordering on heroism because usually, holiday centres were in forest areas ...) to the canteen which became a dance club for that night. And we watched with open mouths our parents going crazy to the rhythm of Boney M. hits or Polish hits such as "Bananowy Song" or "Kochanie, Jak się Masz?". Sometimes there were dances with mechanical music, which made them more like discos, other times with a music band playing and singing live.

And finally, balls. Here my experience is almost zero, of course, not counting the countless number of balls that I have experienced – as a cinematographer – with the heroes of the films I watched: from those from Nights and Days through Gone with the Wind and Ashes and Diamonds, to the series that has stolen my heart in recent years (or should we say – seasons), namely Downtown Abbey. In real life, I recall two balls – the first is one of those that once took place – during the carnival – in the Pomeranian Dukes' Castle. Although it was called a prom, the second had nothing to do with the vision of a glamour-type event that I associate with the word prom. At that time, white and navy blue (or white and black) costumes were obligatory, and teachers did not see the makeup well. Anyway, you could not afford any fashion madness. To this day, I remember when I was waltzing to the rhythm of Jerzy Połomski's song – "Cała Sala Tańczy Z Nami", which – by the way – for some reason, we, then eighteen-year-olds, liked so much. At the same time, the class was divided into fan groups of Depeche Mode and The Cure. Why do I remember this waltz so vividly? Well, my dance partner was wearing probably the most stylish suit on this prom, and with it, he wore navy blue sneakers with a white sole, the kind worn at the gym. Whenever I hear Połomski's song, I am reminded of our clumsy waltz and those Chinese shoes.

Experts say that dancing is very healthy, whether at a house party with friends or an exclusive ball. It increases the level of endorphins in the body, i.e. the happiness hormones. In addition, it calms the mind. So when you lose yourself in a dance, you become – hmmm, you might risk this statement – a slightly different person. I remember this strange feeling when during the holiday introductory evenings mentioned above, my parents seemed to be different to me, so little homely. It wasn't the same mom who used to cook the world's best minced pork chops and made me a kogel-mogel (a confection made of raw egg yolk and sugar) when I was sick. On the other hand, my dad, shaking like the men from Vox (male vocal group), was completely different from the one who went with me on Sunday to the Pionier Cinema to watch Miś Kolargol and – right after the screening – to "Lucynka i Paulinka" for whipped cream with raisins.

I am delighted that the Lentz Villa is reviving the wonderful tradition of organising dance events where bands playing live music will participate. The first party is on June 24. So let's dance. Cheers!