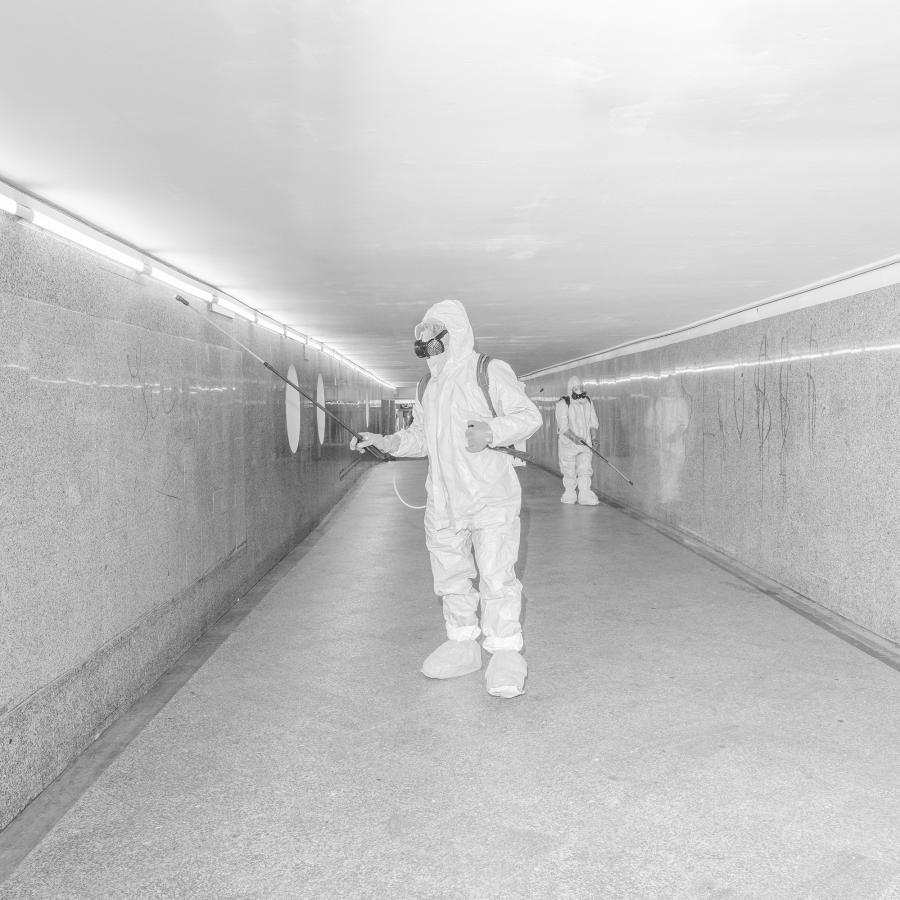 On Friday, March 4, 2022, at 18:00, a vernissage of the photo exhibition by Tomasz Lazar will be organised at the Lentz Villa. He is a Szczecin native, artist, independent photographer and lecturer at the Academy of Art in Szczecin.
He has won various awards – World Press Photo, Picture of the Year International, CHIPP, Sony World Photography Award, BZ WBK Press Photo, Grand Press Photo and Lumix Festival for Young Journalism.

On behalf of The New York Magazine, The Cut Magazine and CR Fashion Book, he made materials from Fashion Week in Paris, Milan and London. He photographed shows of Prada, Armani, Donna Karan, Yves Saint Laurent, Burberry.

In 2016, Channel recognised Tomasz Lazar as the so-called Photographer of the House and invited him to make material from their individual show at the famous Elbphilharmonie in Hamburg.

As he says himself, he is primarily interested in long-term projects focusing on society and the human mind.


The World Health Organisation (WHO) announced a pandemic of the new COVID-19 disease caused by the SARS-CoV-2 coronavirus on March 11, 2020. From that moment on, everyday life in Poland began to change.

Due to the introduction of the pandemic state and the subsequent restrictions designed to protect people from infection, fear has arisen among the societies of many countries. Places buzzing with life have become depopulated; in public spaces, a void reminiscent of a post-apocalyptic atmosphere began to dominate. Relationships have changed.

With time, the so-called defrosting of the economy began in Poland. People slowly started going out into the street, but the feeling of dread remained.

Then came more waves of the pandemic. Ultimately, humanity was faced with the task of finding itself in the new reality that forced the inhabitants of the globe to leave their comfort zone. The individual was doomed to total isolation.

According to WHO and individual ministries of health, in total (data from 16/02/2022), over 415 million cases of SARS-CoV-2 infections and nearly 6 million deaths due to Covid-19 have been confirmed worldwide; in Poland, respectively, almost 5.5 million people got infected, and 109,000 died.