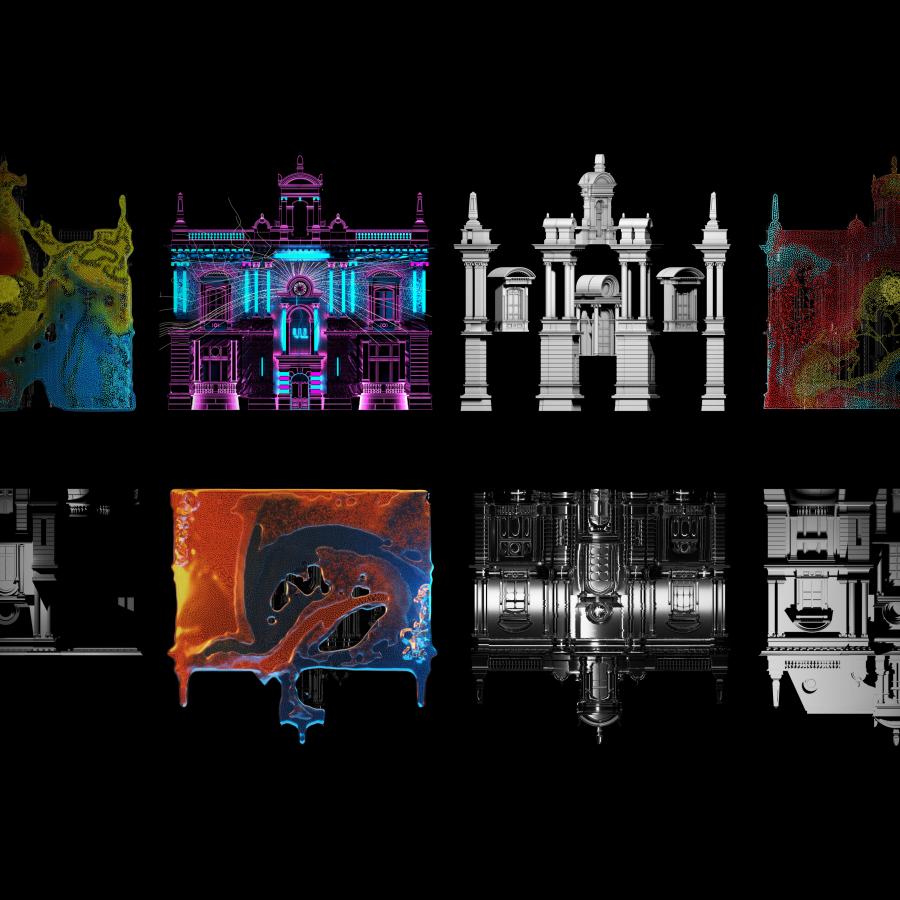 The Night of Museums at the Lentz Villa

On Saturday – May 14, from 20:00-24:00, the Lentz will join the European celebration of the NIGHT OF MUSEUMS.
The first event in this series (Lange Nacht der Museen) occurred exactly twenty-five years ago in Berlin. The event's success was so great that other European cities decided to organise similar events. In Poland, the first such a night was organised in 2003.

ON THE NIGHT OF MUSEUMS, in addition to visiting the historic villa, visitors will be able to see a permanent exhibition, Lentz's Villa. History (A)new and a temporary one Notes from the Void and two exhibitions. Moreover, there are two more as part of the ongoing Westival 2022 – Young Poland and Identity, 100 years of Polish architecture.

Mapping 1888. THE ILLUSION OF TIME – thanks to the modern approach to historical animation, the use of 3D technology and artificial intelligence, you will again be able to see the facade of the historic building shining with many flashing particles and the figures of the turn of the 20th century. Writiers will be represented by Arthur Conan Doyle, T.S. Eliot, Eliza Orzeszkowa, Henryk Sienkiewicz and Emil Zegadłowicz; inventors by Emil Berliner and George Eastman; and artists by Julian Fałat, Vincent van Gogh and Jan Matejko. The figure of the founder and first owner of the palace, August Lentz, will also be animated, as will the number 1888 that closes the event, symbolically referring to the year in which the concept of building the "Pearl of Szczecin architecture" was created. Bartosz Wójcicki and Pushka Studio, as well as Mateusz Nowalany and Aram, are responsible for the preparation and implementation of this unique show.

The film from SZCZECIN LENTZ VILLA – RETURN TO SPLENDOUR is a reportage by Małgorzata Frymus (director) and Łukasz Nyks (operator), which documents the renovation of the Lentz Villa carried out in 2018-2019.

The protagonist of the film is undoubtedly one of the most beautiful monuments of Szczecin, which is talked about and reflected on by experts in the history and arcana of construction, Maciej Słomiński, PhD, Michał Dębowski, Marta Kaźmierczak-Gieda, Robert Rodecki and Maciej Burdzy, as well as Michał Demski.
Night of the Museums
See the coverage